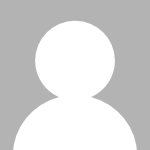 (b Haslemere, 11 Dec 1960). English composer. She read music at Worcester College, Oxford, and studied composition with Roger Steptoe; she also composed for productions at the Oxford Playhouse and scored a student film, Privileged, which was sold to the BBC. Her first professional film scoring commission came from David Puttnam in 1982 with Experience Preferred  But Not Essential. Her early television scores included The Storyteller (19868 and 1990), a series by Jim Henson, for which she was awarded the British Film Institutes Young Composer of the Year Award in 1988. In 1991 she composed for Mike Leighs Life is Sweet (1990), her first feature film score, followed by Beeban Kidrons Antonia and Jane and Charles Sturridges Where Angels Fear to Tread (1991). She has collaborated with the English director Kidron on several productions including the BBC television drama Oranges are not the Only Fruit (1990), and the films Used People (1992) and To Wong Foo  Thanks for Everything! Julie Newmar (1995).

Since 1992 she has been in demand for Hollywood productions, and remains one of the few female composers to have achieved significant success at his level. Her film scores include The Joy Luck Club, Benny and Joon and Friends (1993), Sirens, Only You and War of the Buttons (1994), A Pyromaniacs Love Story and Smoke (1995), The Adventures of Pinocchio and Marvins Room (1996) and Addicted to Love (1997). She has become identified with lush string-based orchestrations in a succession of romantic comedies produced by both independent and major studios. With Emma (1996) she became the first female composer to receive an Academy Award.
DAVID KERSHAW